The Theresa Durso Foundation (501(C)(3)), a Non-Profit Foundation, is dedicated to the memory of Theresa A. Durso. Theresa was from West Islip, New York, born on October 3, 1988. She graduated West Islip High School in 2006. She played softball, basketball, clarinet in concert and marching band, but was best known for her unyielding optimism and relentless spirit. Anyone who ever had the fortune to meet Theresa ever forgot her, and everyone walked away with their lives being that much better. It was her forever smile and laugh which truly defined Theresa. Theresa attended Dowling College (Oakdale, NY), after high school. After completing her first semester at Dowling, a brain tumor (a Glio-Blastoma), was discovered on December 23, 2006.

Theresa battled this tumor from 2006 through 2010. Theresa defied odds, far surpassing the average time of illness from 6 to 12 months to almost 4 years. What was most remarkable about Theresa, was not only her fight but her spirit. Theresa refused to give up or give in, not for a moment, during her illness. She continued a relentless pursuit of life, and never ever looked back, slowed down, or asked, why me? She stayed in school, worked 3 jobs, spent time with family and friends, and remained continuously herself (uncompromising fun and crazy). Totally herself through 5 surgeries, 3 forms of chemotherapy, 28 days of radiation, MRI’s every month, blood drawings every week.

Theresa’s smile never ever wavered, even through her last waking moment on Friday afternoon, August 27th, 2010 (she actually passed early the following morning, Saturday, August 28th). It is difficult to explain the scope of Theresa’s optimism and toughness, to someone, who never met her. If this foundation can spread a tiny percentage of Theresa’s unsinkable spirit, there will be some brain tumor patients, who have a little more fight and spirit, brought to them. All this because of someone they never had the fortune to meet.

The foundation has 2 main focuses. We want to send Theresa’s spirit, a gift to brain tumor patients, ages 2 through 22 (we are not that strict on age), just by sending us your information. Also, because you are a brain tumor patient, you automatically become one of Theresa’s Pals (TM), a distinction only granted to you. The Theresa Durso Foundation (501(C)(3)) has partnered with Best Buy, to send you a Theresa Durso Foundation gift card, only available to patients, such as yourself. Just fill in your information in the Brain Tumor Section, check the box with our terms and conditions (parents need to check it for patients under 18).

The 2nd focus of the Theresa Durso Foundation (501(C)(3)) is prevention. We have partnered with Aulterra, who makes a device called the Neutralizer, which keeps the radiation waves of cell phones and computer screens away from the brains of students. In schools nowadays, virtually every student has a cell phone, a situation which did not exist 12 -15 years ago. Years ago, only some upper high school students had cell phones, now almost every student, of any age, has a cell phone. These young brains, which are still developing, have put themselves in a very dangerous position, being exposed to these waves (radiation). Also, students spend hours in front of the computer screen as well. By filling out the homeroom information in the Students/Teachers section (check the box with our terms and conditions, parents need to check it for patients under 18).  We will send every student in the homeroom, with a cell phone the Neutralizer wave protector. A protector for the back of your cell phone (under the plastic cover) and one for the front of your computer screen, at home.

The Theresa Durso Foundation (501(C)(3)) is concerned about the fight that brain tumor children/young adults have ahead of them. We would like the chance to add a little more fight and spirit to your fight, just by becoming a Theresa Pal (TM).

We also believe, if we can prevent any possible danger to brains by keeping the waves of cell phones and computer screens, away from young brains, the pursuit is priceless. We ask you all, to help us in our fight. 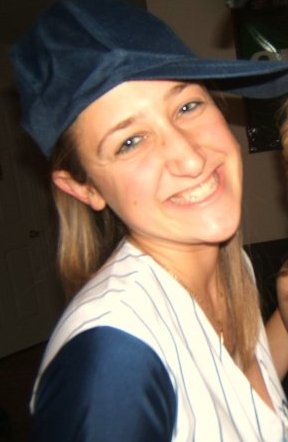